The Company’s strategy is to become a best-in-class provider of production critical services within the resources, construction and utilities industries. This strategy has been underpinned by our wholly-owned subsidiary Pentium Hydro Pty Ltd and the effective deployment of its modern fleet. Further to this the Company intends to leverage its core competencies to identify opportunities aimed at diversifying and expanding the scale of the Company’s operations. 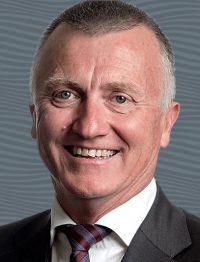 Mr Hutchinson holds a Bachelor of Commerce from the University of Western Australia (UWA) and is a Fellow of both the Australian Institute of Company Directors and Certified Practicing Accountants.  He has at the most senior level managed a diverse portfolio of industrial investments in manufacturing, engineering, construction and property over a 30-year period.

Mr Hutchinson was a Non-Executive Director of Kumarina Resources Ltd (now Zeta Resources).  Mr Hutchinson was the founding director of the ASX listed Forge Group Ltd, floated in 2007 with a market capitalisation of $12m and reaching over $450m at the time of Mr Hutchinson’s resignation as CEO and final sell down in July 2012.  More recently he has chaired the ASX listed company Resource Equipment Ltd and was the founding shareholder and Chairman of Mareterram Ltd, both the subject of successful takeover bids at significant premiums to market prices. 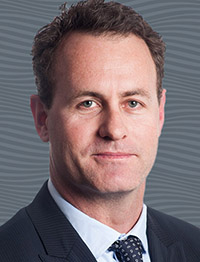 Mr Clement holds a Master of Business Administration, a Bachelor of Science, a Graduate Diploma of Agribusiness, a Graduate Certificate in Applied Finance and is a Graduate of the Australian Institute of Company Directors. He is an experienced ASX company director with a demonstrated history of successfully managing and leading businesses in the finance and agribusiness industries. He is skilled in strategy, cultural change, team building, management, and mergers & acquisitions.

Prior to his appointment at Vysarn Ltd, Mr Clement was previously the Managing Director and CEO of sustainable agricultural company Mareterram Ltd. He led the cornerstone asset acquisitions, the ASX listing of the company and its subsequent successful takeover at a significant premium to the market price.

Mr Clement is currently a director of the Fremantle Football Club and is a past director and vice chairman of the Western Australia Fishing Industry Council. He also has over a decade of experience in finance and investment during his time as an institutional dealer and retail fund manager for financial service companies specialising in Western Australian small cap industrial and resource companies. 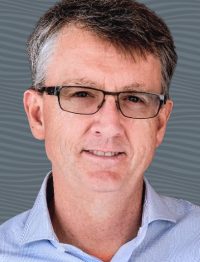 Mr Burt is a drilling industry professional with over 35-years national and international experience. He started his career as a Drillers Offsider in 1986 and has held many differing roles over the years which include field based, operational, senior management, executive management and company ownership.

Mr Burt’s international experience extends from South East Asia to the Middle East and West Africa. In 2004 he co-founded and was the Managing Director of SBD Drilling, a Perth based exploration drilling company with successful operations in Australia and West Africa, before selling in July 2011.

From 2012 to 2018 Sheldon was the General Manager of Easternwell Minerals prior to co-founding Pentium Hydro in January 2019.